Organic tasty products for the whole family..
.
The delight of young and old , a unique flavor , Churros are a delight , a shared celebration, a time of unparalleled usability..

The quality of our ingredients , our expertise and the presentation of our stores provide real added value to each event.

A professional team at your service

Our family company developed over four generations has seen its business grow . Without ever abandoning the traditional manufacturing process of our products , we have developed , over time , a variation of fragrances providing a wide range of delicious churros .

Our stands feature a design and neat dressing perfectly suited to all types of events.

Our equipment and our staff are rigorously subject to EU standards of safety and hygiene. 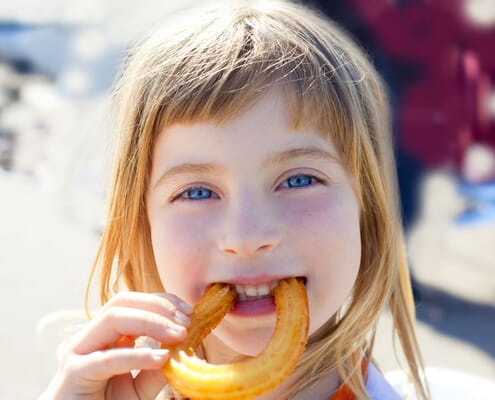 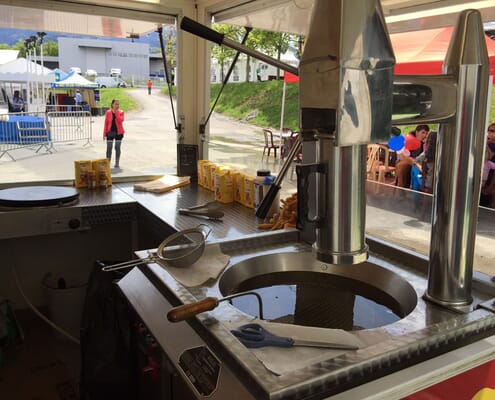 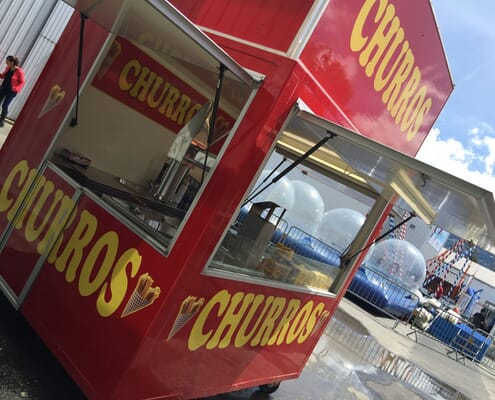 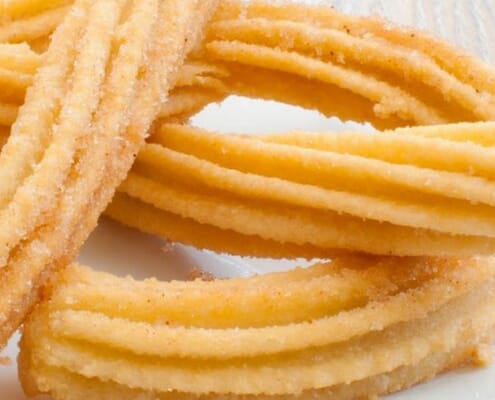 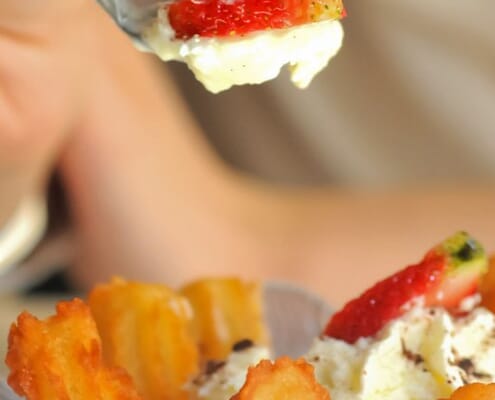 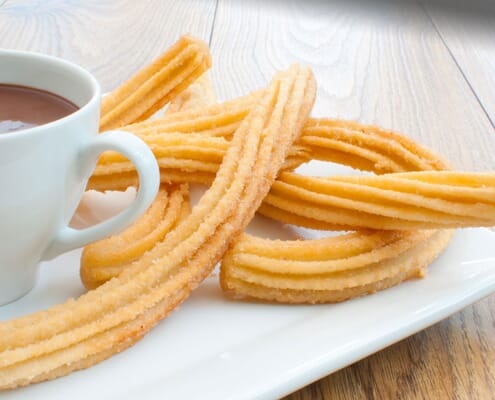 WHAT IS THE ORIGIN OF THE CHURROS

The churrons are typical Spanish pastry

They come in the form of a fried sweet dough into a ‘big spaghetti’ or an elongated donut..

Often sells at fairs, in chocolate (which is rare) or in churrerias.

In Seville, they are called calentitos or masa frita, in Jaén the tallos and in Grenade, tejeringos.

All these regional terms were eventually supplanted by the term churro.

In Argentina and Peru, the churros are stuffed with sweetened condensed milk.

In Madrid it is usual breakfast of a very thick hot chocolate with churros or churros bathed in hot chocolate.

In Mexico, they are thicker and sprinkled with cinnamon; they are served for dessert.

In the US, we find in circuses, amusement parks and other festivities: these are generally Mexican-style churros.

In France, they are also found at carnivals under the same name or under chichis : the frills: these are typically Spanish style churros.

YOUR PARTNER OF EVENTS

Our structure and mobility allows us to meet the demands and needs of all event organizers :

Why choose The partnership …

«Choose your winning formula to boost and facilitate your events.»

Renting an exhibition area
to present our products.
Besides the festive aspect linked to the image
family of our delicious churros ,
the presence of our stands provide
a visual and olfactory Animation
much appreciated by visitors .
We will receive them with a
healthy dose of good humor

You do not have the
adequate staff , you
you want
focus on
organizing your
event, our teams
experienced and
qualified are responsible for
all.
We guarantee
retrocession of 35%
of sales
executed

We can become
your main sponsor.
We pay you 20
cents per visitor and
guarantee
adapted animation.
Example: under
this partnership, to
a manifestation of
50000 visitors, we
assign the sum of
10,000 euros to
organizers

The + for your events

A response will be provided as soon as possible

Select your formula & become a partner

Let us work together for the success of your event

Do not hesitate to contact us to expose your project . We will accompany you in your efforts so that you provide additional activity event .
Together we will find the winning formula ! .

Do not hesitate to contact us by email or telephone, we will answer your questions By Phone 7 / 7d – 24 / 24
Discover our full service panel !